We’re about 80% of the way done with the extreme pruning project for the oleanders that ring our backyard. We never did find a store that sells Ladybugs’n’Stuff, but we did find one that sells Aphid-Be-Dead in great quantities.

That only leaves one thing: the bees under the shed. They don’t want us messing with any of the oleander bushes on the east side of the property line. The good news is that a properly-treated bee sting hurts less than a scratch inflicted by an oleander bush. The bad news is that I have one sting and Mrs. Jones has two, so we’re knocking off…for the time bee-ing.

It’s been a tough year for our oleanders. First, the leaf scorch. Now, an aphid infestation. I wish there was a store where I could buy a couple of quarts of ladybugs. 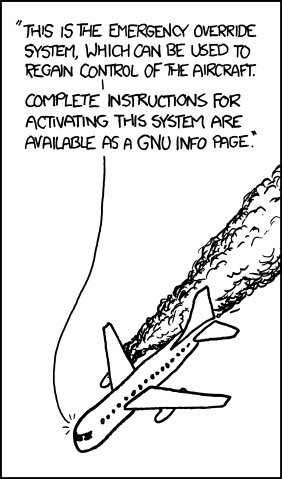 Speaking of playlists…. I like the smart playlist feature in iTunes. The best part is building lists constructed from other lists. Here’s an example (click on the image for a larger version):

Earlier this spring I saw the Rush documentary Beyond the Lighted Stage. (It’s a good documentary; I never blogged about it–what do you say? “The best rockumentary since Spinal Tap!”–but I mentioned it when I first learned of its existence.)

Anyway, since then, I’ve found myself listening to a lot of music from the late 70’s and early 80’s. So I made myself a smart playlist of music released in the decade from 1974 to 1984. That’s roughly when I was in high school and college, so that’s what I called it.

But I quickly discovered that a lot of the music from that period stunk. So I made another smart playlist of just my highest-rated songs: four and five stars. Then I edited the high school and college playlist to only include music that was also in the high-rated playlist.

That was good, but then I realized that what I used to listen to back then was mostly Rock with a little bit of Pop and New Wave sprinkled in for flavor. So I constructed another list that only included those genres, and edited my high school and college list so it only drew music that was both high-rated and rock/pop/new wave.

It’s all terribly neat, in a geeky way. It makes me wonder if there’s a limit of how many lists-within-lists I could make. It also explains why it takes iTunes about three minutes to boot up when it wasn’t closed properly. But the really amazing thing is that it’s there at all: usually, Apple turns off anything that computer geeks would appreciate, so that [whoever’s their their mass-market demographic target ] won’t get confused by it.

The BBC published a crowdsourced list of Desert Island Discs.

If I were truly lost on a desert island, I’d probably learn to hate every song on a playlist less than a few hundred songs long. But with that said, I’d agree with this list of “top tracks.” I don’t recall ever hearing the #1 and #2 choices, or #6. But five out of eight’s not bad.

Today some 86 million Americans live in homes that are â€˜under waterâ€™ where the amount owed on the mortgage is greater than the value of the house. Since the financial crisis began in 2008, over one million consumer mortgages have gone into foreclosure. Sales of bank-owned properties are now 34.5 percent of the housing market; homes in foreclosure waiting for resale now account for a three years-supply on the sluggish housing market.

It’s a fairly bleak assessment of our current situation, but with a deeper foundation of hope in the American people: “Slowly and reluctantly, the country will have to move on. … itâ€™s going to hurt, and itâ€™s going to deepen the sense among many Americans that something has gone terribly wrong.” We won’t like it, but we’ll do it.

The broader question about the end of the American Dream (or Dream 2.0) is the same sort of gloomy analysis that I found in Tyler Cowen’s The Great Stagnation, which I read because of the Business Week profile (and because I wanted to try reading an e-book).

I don’t know what to think. I lived through the 70’s, when everything was rotten, but it eventually got better. I grew up reading science fiction and watching Star Trek. My first career was in computers, where everything is twice as fast as last year’s model. I can go along with the bitter-medicine thinking of Mead, but I’m not ready (yet) to swallow Cowen’s low-hanging fruit.